The World Tefillin Council was created with the aim of spreading the Bible recitation learning method “Tefillin Education” to the whole world, which the Jewish people have passed down for over2500 years. Our particular focus is children, teaching them so they can make the Word of God their standard of value on all things, basing th 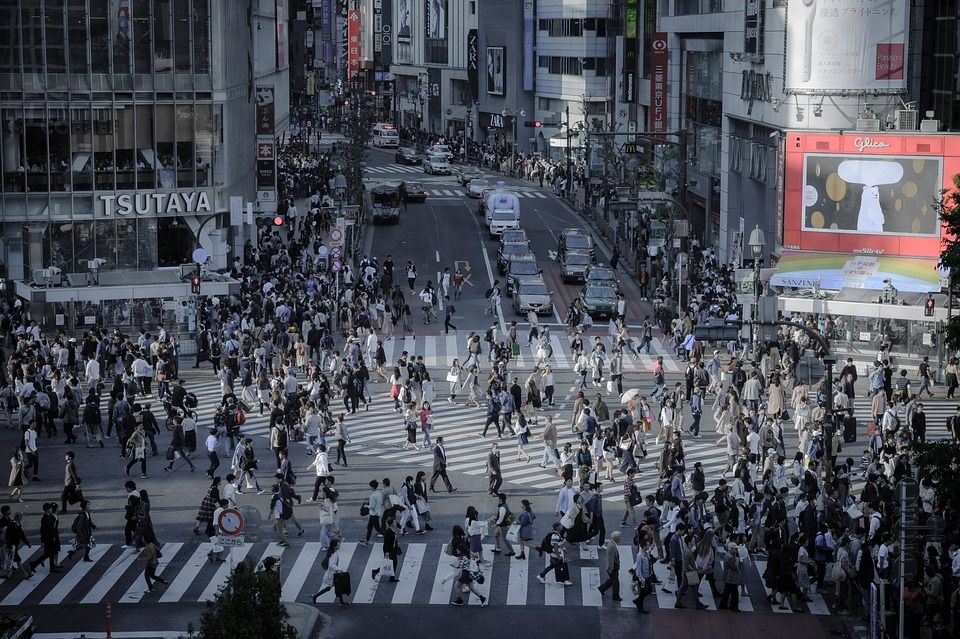 “People who have wealth but lack understanding are like the animals that perish.”
(Psalm‬ 49:20‬ NIV‬‬)‬‬‬‬‬‬‬‬‬‬‬‬‬‬‬‬‬‬‬‬‬‬‬‬
At the end of the Rio de Janeiro Olympics closing ceremony on August 21, 2016, a promotional video of the Tokyo Olympics 2020 was shown.
The first scene in the video depicted Shibuya, a district that is built around the largest pedestrian crossing in Japan.
To Christians, Shibuya is a city like Sodom and Gomorrah.
On November 5, 2015, the Shibuya Ward became famous as the first district in Japan for publicly recognizing gay marriage.
As you climb up the hill from the large pedestrian crossing in Shibuya, you will find old, multi-purpose buildings lining the streets.
This area is on the verge of destruction. 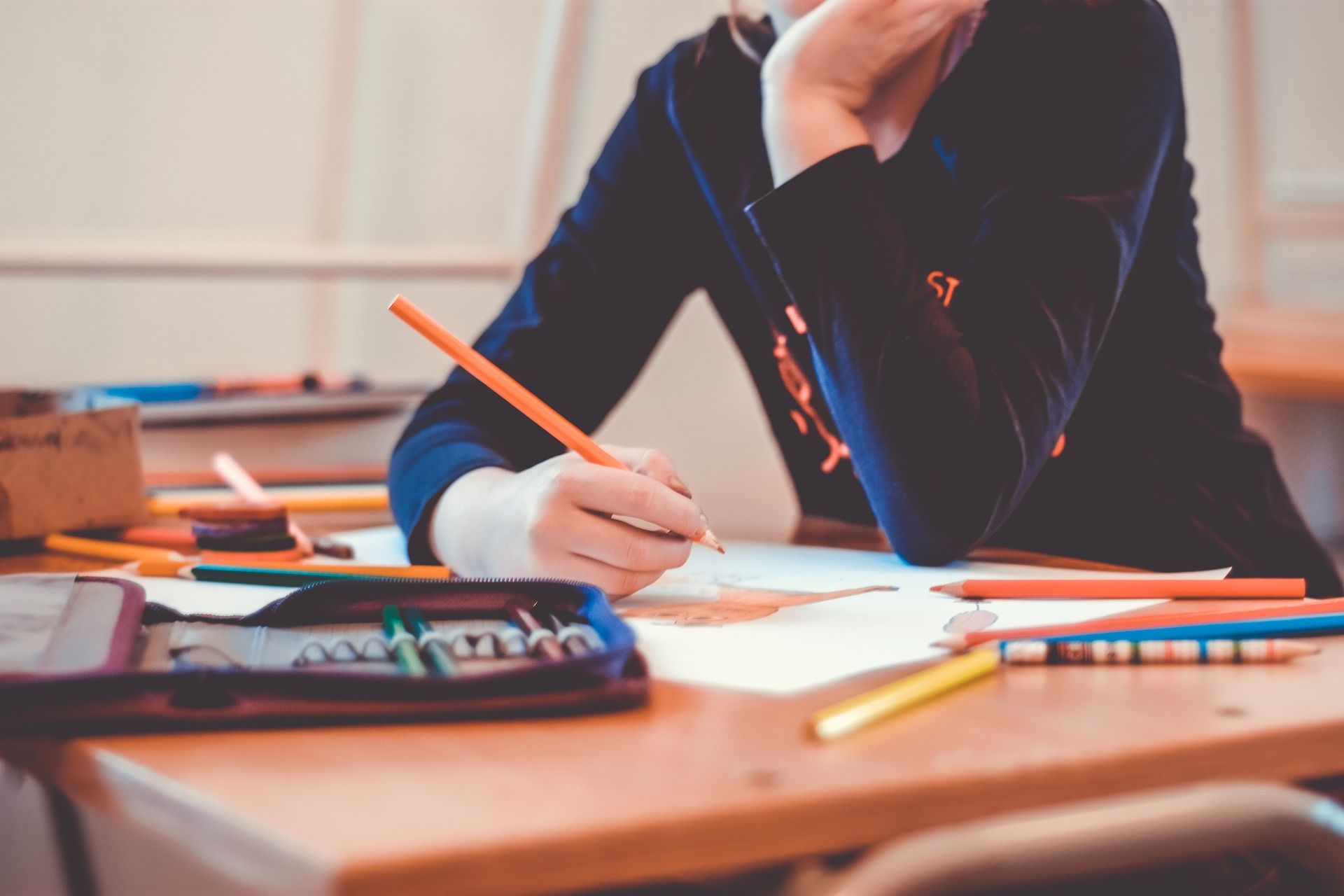 In Japanese elementary schools, “Classroom Breakdown” has become a problem, and often famous elementary schools in Tokyo are covered in the press on this topic.
Making a lot of noise during class, standing up and walking around, running fast in corridors, throwing things…
It is most probably unthinkable in the United States for such actions to occur continuously in schools. If these happened at schools in the United States, the teacher would probably warn the students strictly on the spot, and appropriate action will be taken immediately.
In Japan, “Classroom Breakdown” refers to a phenomenon where a classroom becomes dysfunctional in terms of group education, and lessons cannot be held. It has become a problem all over the country in recent years. It is currently said that 1-2 classrooms in all elementary schools have collapsed.
In the case of lower grades, the majority of behaviors include walking around in the classroom or disturbing the lesson to seek the attention of the teacher. It is a series of selfish speech and behavior due to immaturity that eventually can lead to the collapse of the classroom system.
On the other hand, Classroom Breakdown in higher grades is more serious. Most of the cases are convulsively causing disruption to the lessons, due to daily stress or backlash towards the school. The situation is becoming unbearable. For example, here is an account of a witness who visited a sixth-grade class at an elementary school:
The teacher is speaking to the whole class but only one to four students were listening.The other students were either sleeping, playing with a ball at the back of the classroom, listening to music with headphones, playing cards or reading manga comics.One case involved students throwing a large amount of sand from a classroom window, and when a teacher on the lower floor looked out the window, they spit on their face.
Unbelieve isn’t it? But this is actually happening.
Japan’s Ministry of Education, Culture, Sports, Science and Technology announced in a 2018 survey that there were 5,077 public school teachers who have taken leave of absence due to mental illness. This is an increase of 186 compared to the previous year. 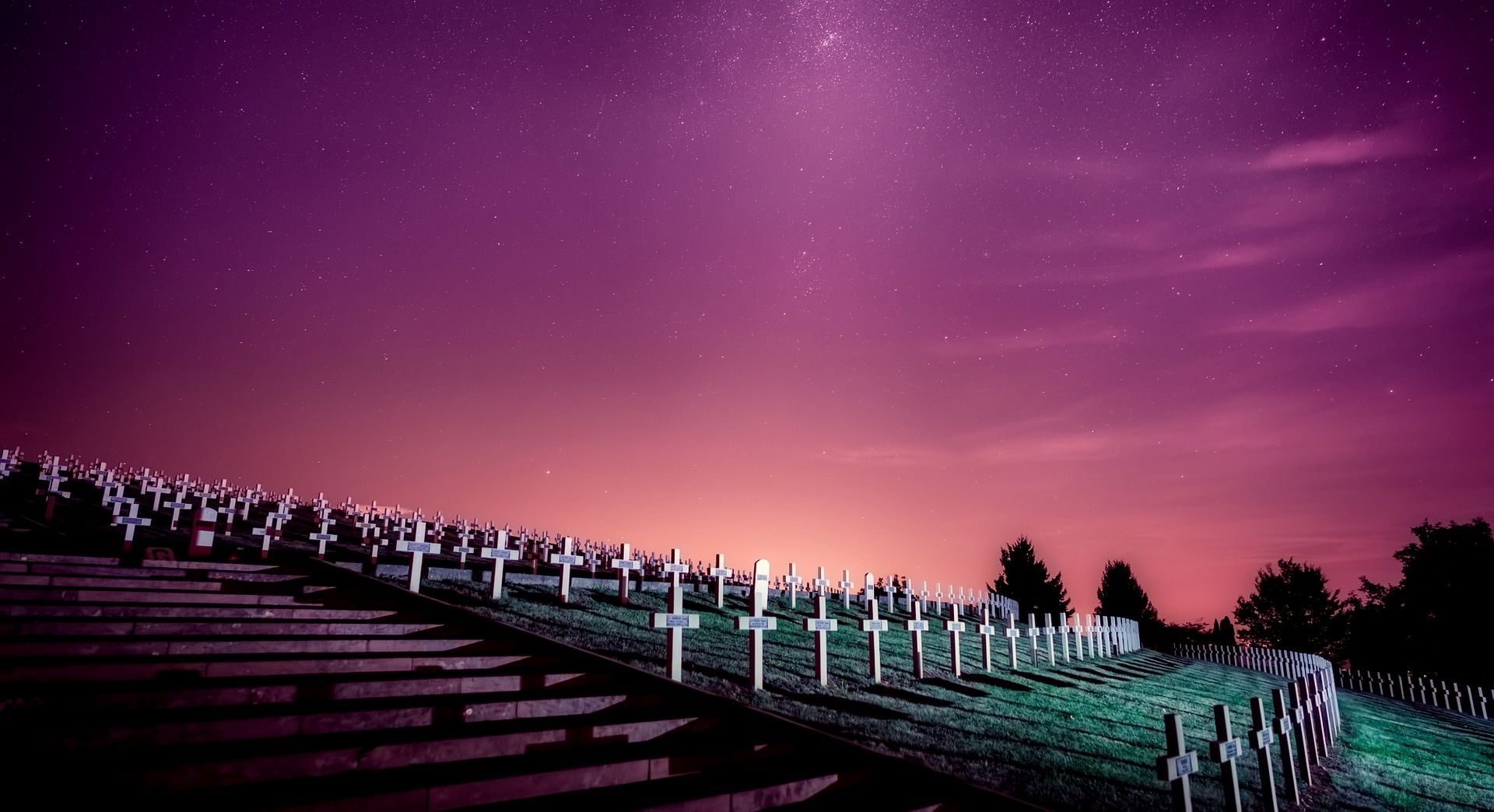 Japan: “The Graveyard Of Missionaries”

Centuries ago, there was severe persecution of Christians in Japan, and the blood of more than one million martyrs were shed.
Many missionaries were sent to Japan from various parts of the world, who put sweat and blood into their work for God.
Despite such effort, even today, some statistics say the number of believers has not much surpassed the 1% barrier of the Japanese population.
Japan has been called “the graveyard of missionaries” and has been a subject of studies by theologians. It is a spiritually barren land, a land of hardened hearts of iron, in terms of Christianity.
Japan may have eight million false gods, but without Jesus Christ the souls of the Japanese do not recognize their Creator, hence act like animals that have lost their original humanity, wandering rootless.
Adults in Japan, who should be setting an example for their children, make working for a living their only anchorage in life, and try to relieve their stress with vain pleasures.
Therefore, the adults cannot offer their children the training of righteousness and correction through the Word of God.
They do not know the difference between physical punishment and admonition. If a child receives no education, they would be like a child that is raised by wolves.
And it is the children who are most vulnerable, as they are placed under the control of such adults.
Children act on their own desires, their defenseless minds are filled with evil information of the world that enter from their eyes and ears, and they cannot control themselves.
Young Japanese people have a quick temper, are unstable, cannot build good human relationships, become withdrawn or depressed, and some eventually end their own lives.
This is because they do not have the Word of Jesus Christ within themselves.
Spiritual zombies. Truly living hell. That is the spiritual situation of the Japanese.
My eyes fail from weeping, I am in torment within; my heart is poured out on the ground because my people are destroyed, because children and infants faint in the streets of the city.
They say to their mothers, “Where is bread and wine?” as they faint like the wounded in the streets of the city, as their lives ebb away in their mothers’ arms.
(Lamentations 2:11-12)
Lamentations is said to be the song of Jeremiah who lamented that the people of Israel were captured by Babylon and Jerusalem was devastated.
Even though Jeremiah warned the people of Israel of the prophecy of God and warned them to listen to God’s Word, as a result of not obeying God, babies and the younglings of Israel were dying out.
However, we have finally found a way to open a possible new approach to present the Gospel in Japan, a land of hardened hearts of iron. 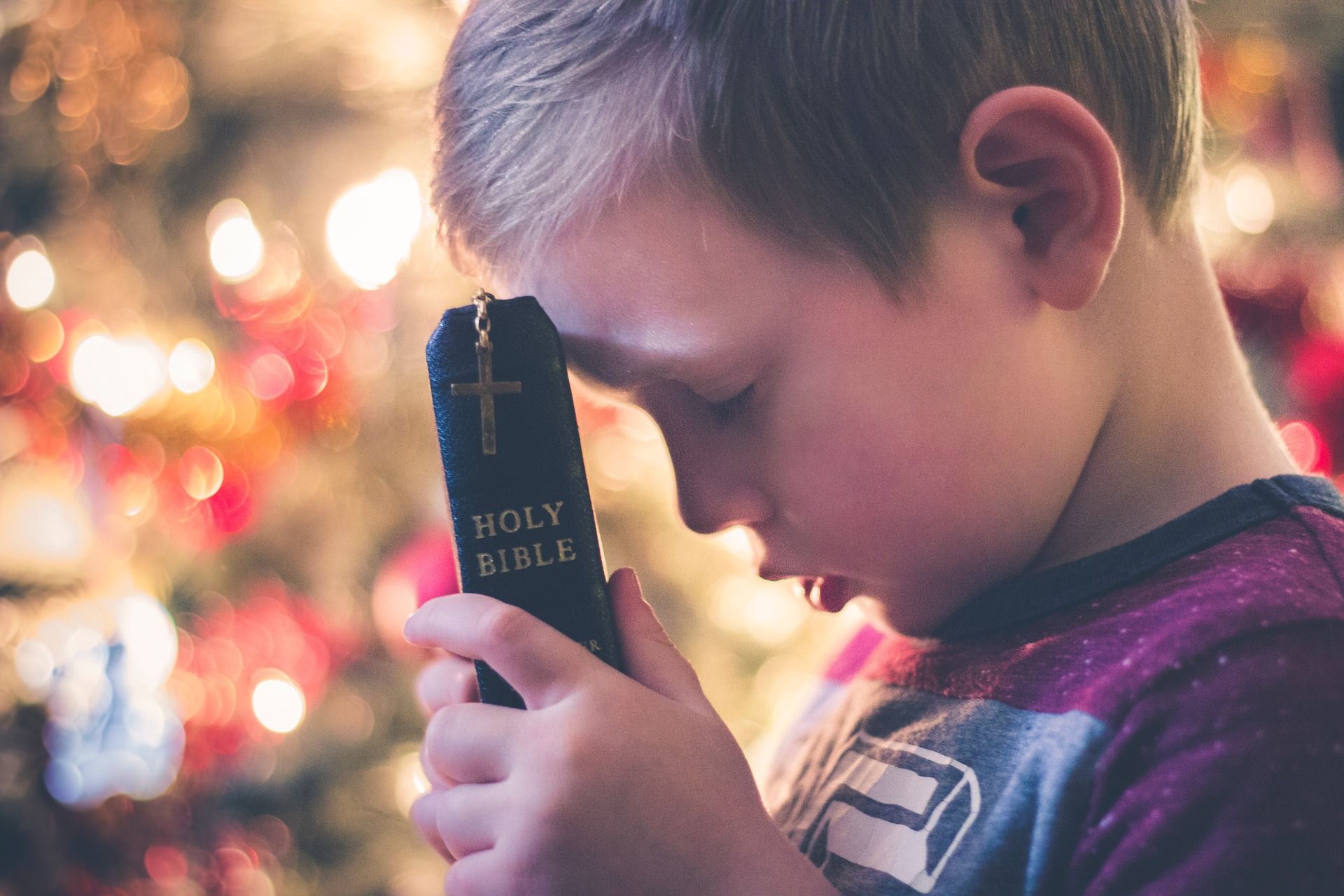 Children are a gift from God, and they are entrusted to us adults so we can nurture them with the Word of God.
One of the nations who knew about this better than any other and have practiced it for over 2500 years are the Jewish people.
The Jewish people make their children recite the Torah (Moses’ 5 books of the Old Testament).
We believe that the reason we teach our children how to speak is so they can recite the Word of God.
Jewish people recite the Word of God, they make it a part of themselves, make it their way of life, and pass it down scrupulously to the next generation. The reason why the Jewish people have been so successful despite being scattered all over the world, even after 2000 years of exile, and why their faith is so deeply rooted and they have survived as a people, is because of Tefillin, their education approach based on the Word of God.
Meanwhile, even though Christians are passionate about evangelism, because they have not passed the Word of God on to their children, revivals of faith have repeatedly occurred but then disappeared worldwide.
The world’s five major religions memorize and recite their own scriptures, except for Christianity. Judaism, Islam, Hinduism, Buddhism; these beliefs all have no life in them but have survived because they recite their scriptures.
Furthermore, there is an increase in the number of believers in Islam and Hinduism, which urge their children to recite sutra and sharia.
Today, we believe that it is time for Christians, not only in Japan but also all over the world, to return to the Hebrew thinking that was alive during the apostolic times, which involved reciting the Word of God and incorporating it into ones’ life.
By incorporating Tefillin education, which is advocated by theologians active around the world, we are starting to see the rebellious and disobedient nature of children changed into being obedient and respectful to their parents, leading to a tremendous rise in their academic abilities, and through God’s Word, they are developing into talented leaders in all areas worldwide.
In Japan, since around 2016, Tefillin education has been started on several Japanese children. And such is the change in the children who practice Tefillin that a non-believing father recognized the achievements of this education approach and began to participate in worship services!
Just as our Lord manifested himself as the God of Abraham, God of Isaac, and the God of Jacob, the inheritance of faith becomes rock-solid when it is built up over three generations with the same god, the same Word, and the same faith. 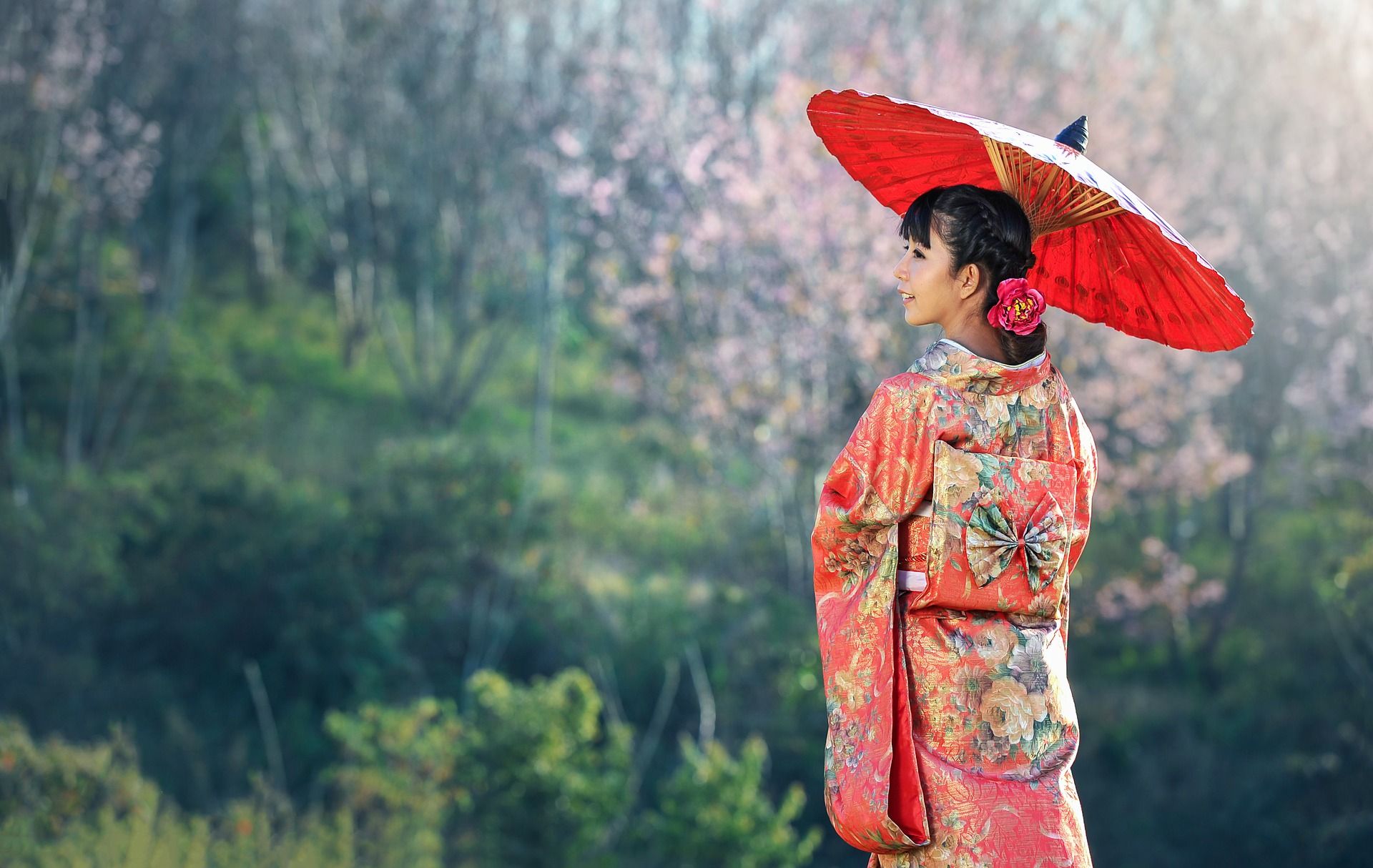 If Japan Changes, the World Will Change

Young people today are wealthy in material things, but have no enlightenment, and like animals live only to satisfy their desires.
Shibuya is an area where many such young people gather.
We want to build a new church and Tefillin school in Shibuya.
We would like to see the glory of the Lord Jesus in Japan by building a Tefillin school in the Shibuya, a modern-day Babylon.
The administrator of this website (who is Japanese) quit his job in the secular world when they received the Words of John 6:27, and decided to concentrate on the work of Tefillin education which builds up people with the Word of God, including media management of our organization.
We would like to ask for your support for our work.
However, it will cost a huge amount of money in order to realize in Japan a Tefillin school, which proved to be successful in Korea.
If Japan changes, so will the world.
We do not want to forget the love and efforts of the missionaries who came from all over the world who dedicated themselves to evangelize Japan.
By making Tefillin a fruitful work, we would like to show our gratitude to missionaries in Japan.
Therefore, we would like to ask for your financial support so that our work can be expanded and continued.
We are also recruiting people who can work together with us for this purpose.
See testimonials(Official Website):
https://tefillineducation.com/changetokyo2020/
Schools Successful by “Tefillin Education”
Thevit Christian School (in Korea)